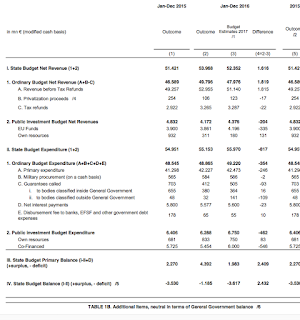 I am sure that there are convincing explanations why there is, in actual fact, no discrepancy between the figures, only between reporting formats but it would certainly be helpful to be informed about what these discrepancies/explanations are.
Eingestellt von kleingut um 1:05 PM