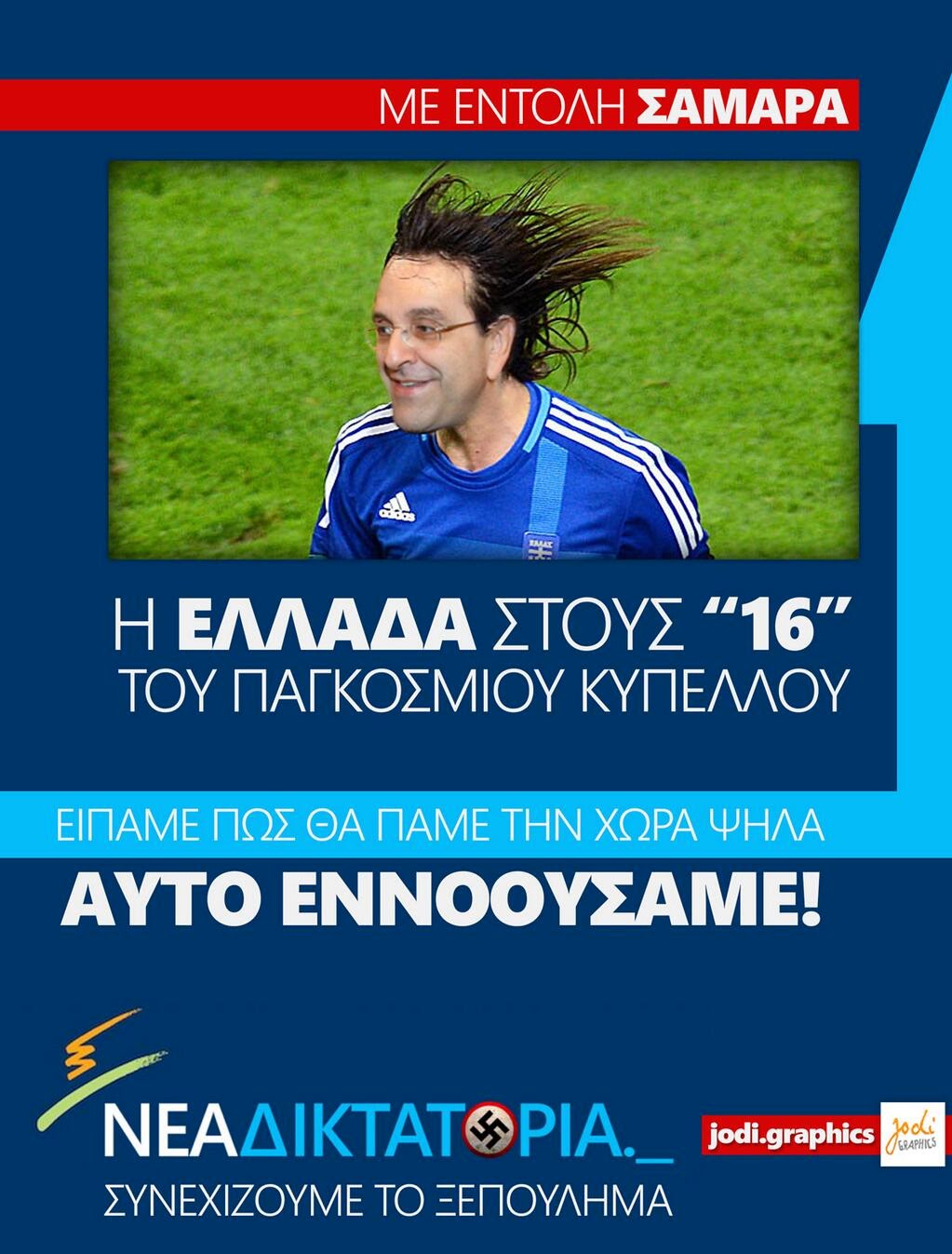 Joking aside, this was one of the most exciting games of the tournament so far. I watched it on German TV. Towards the end of the game, the German commentator clearly took sides with the Greeks. In the subsequent discussion, there was clear happiness for Greece's having won. That says everything!

PS: a commentator below pointed out that the text says: "New Dictatorship (with a swastica), we continue selling out (the country)". "We said we will raise the country higher. This is what we meant". Had I known this before, I would not have posted it (I just thought it was a funny picture). I apologize!
Eingestellt von kleingut um 8:01 AM